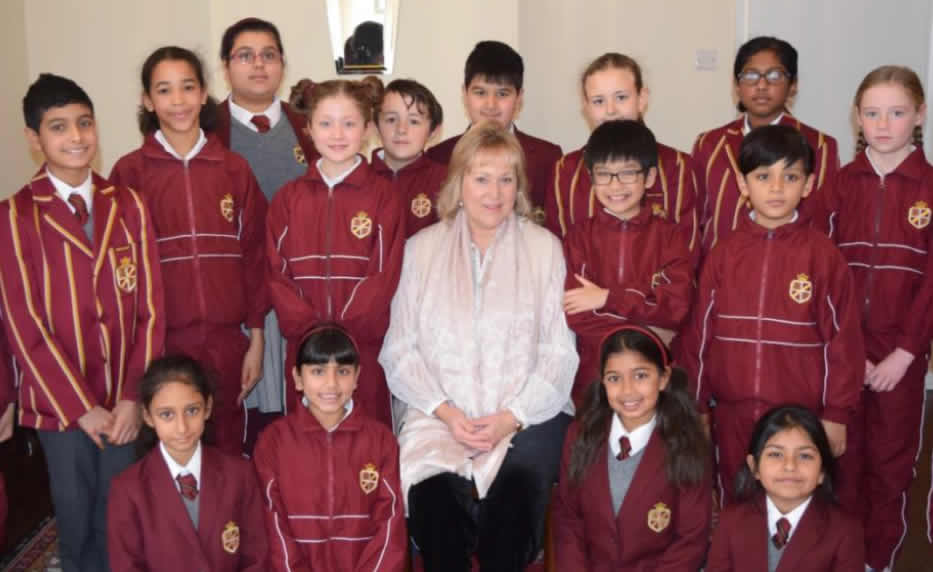 The Bedfordshire Police & Crime Commissioner visited the school shortly before the end of term to speak to members of our Law Society. The Law Society was founded two years ago by 9 pupils who were interested in becoming lawyers when they grow up. Membership has now more than doubled to 20.

Mrs Holloway told the Law Society all about her responsibilities as Police & Crime Commissioner and explained her plans for policing Bedfordshire now and in the future. She also explained that she was having to cut the amount of money spent on the police by a third, although Bedfordshire Police need another 300 front-line officers.

Pupils were also told that they should be particularly aware of issues such as on-line crime and were cautioned about some of the dangers connected with the internet and other crimes that tend to target children and young people. During the question and answer session, Mrs Holloway was asked how much money she thought should be spent on the police in Bedfordshire. In reply, the Commissioner said that an extra £10,000,000 should be spent on the police as a minimum and added that she would like to see the recent cuts reversed. Pupils also asked her about police officers carrying guns and when they are allowed to use them.