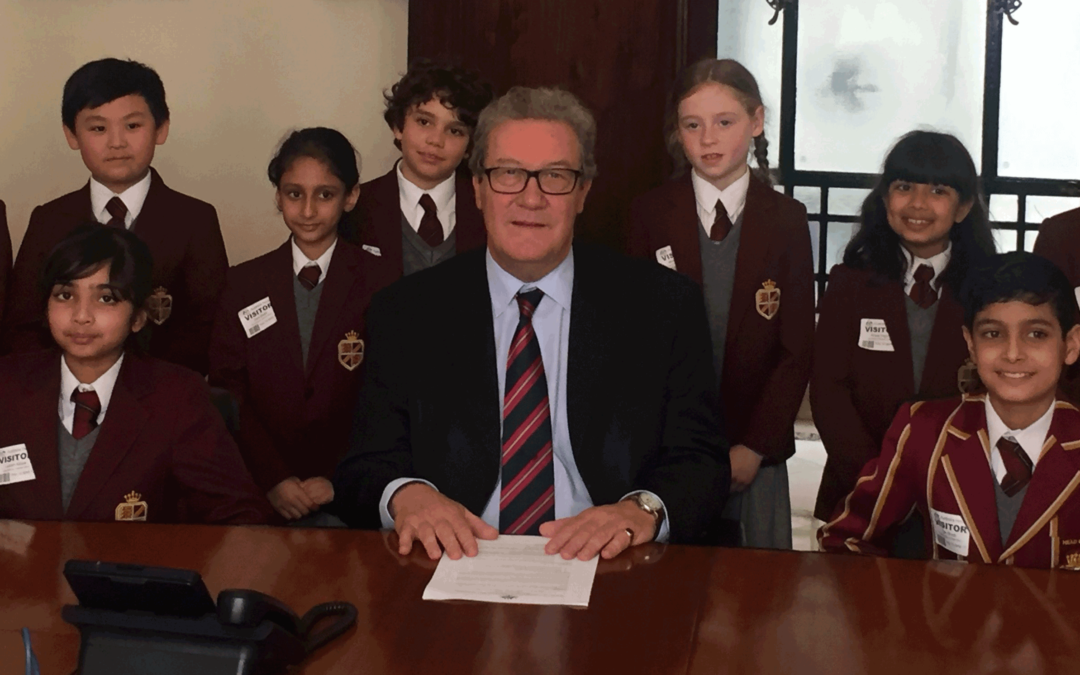 Australia House is a magnificent architectural landmark opposite the High Courts of Justice at the east end of the Aldwych. It was designed by the famous architect Alexander Marshall Mackenzie and dates back to 1918. The building’s grand ground-floor interior was featured in the Harry Potter film The Philosopher’s Stone as the site of Gringott’s Bank. Alexander Marshall Mackenzie also designed the landmark Waldorf Hotel on west side of Australia House the previous decade.

The same year that the Waldorf opened, the White Star Shipping Line decided to build two ocean liners they boasted would the largest and most luxurious in the world, the Olympic and the Titanic. Unsurprisingly, they decided to base the design for the interior of the two ships on the world’s most luxurious hotel, the Waldorf. On arrival at the Waldorf, pupils were given a tour by the Manager of the original rooms and features copied by the Titanic’s designers. Two Titanic films shot scenes at the Waldorf as the producers found it more practical to film the original rooms than re-create them on a film set.

From the Waldorf, our party proceeded to nearby Australia House where a conducted tour of the building was undertaken. The conference room where the Gringott’s Bank scene was filmed for Harry Potter was quickly recognised by pupils and photos were taken before moving on to the top floor. Here they were introduced to the High Commissioner, who spoke to pupils about the history of Australia and the Commonwealth. Each pupil had prepared questions which were then taken one at a time and covered areas such as the economy, national sports, the Commonwealth and links with the UK. After the interview, everyone said their goodbyes and headed back to school.